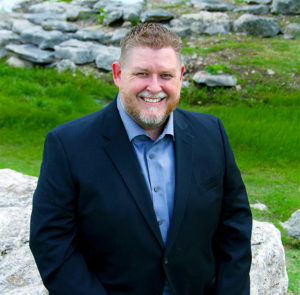 Jake Carey serves as the Founder & COO of Helo Perspective, LLC: a nationwide provider of Unmanned Aircraft Services (sUAS). Helo is based out of Broken Arrow, OK, and provides critical data and information to telecommunication, transportation, oil and gas, real estate, construction, public safety and many other companies though it’s national network of over 500 pilots.
Mr. Carey brings more than 20 years of experience in technology and technology advancement fields. Mr. Carey has worked for various police departments and sheriff’s offices as well as Centurion Technologies, Simulator Systems International, and Core Pro, Inc. At these companies, Mr. Carey has held national management positions that provide high level services for organizations such as the Los Angeles Police Department, Fort Knox Gold Depository, and the United States Navy.
At Centurion Technologies, Mr. Carey led the company to its first million-dollar year in business. He also secured the company’s largest US customer as well as its relationship with their Japanese distributor. After brokering the largest sale in the company’s history, Mr. Carey was promoted to the head of Customer Service. During this time, Mr. Carey built an off-site customer support location to improve customer support and the working environment for employees. His position included developing the companies’ training standards and procedures. Mr. Carey implemented the first company standard operating procedures for the support staff as well as the sales and marketing departments.

During his employment with Simulator System International, Mr. Carey was the National Sales Manager and worked directly with the United States Navy to develop one of the first remote controlled, hazmat, and thermal imaging robotic platforms in the country. This platform was designed from the ground up based on the specific needs of the United States Navy’s Emergency Response Division. Along with the Navy, Mr. Carey worked with the Los Angeles Police Department, the San Bernardino Sheriff’s Office, the San Diego Police Department, the Jacksonville Florida Sheriff’s Office, and the Dallas SWAT Team to assemble their inventory of unmanned tactical robotic platforms to aid in hostage negotiation and high risk warrant service. While working with these agencies, Mr. Carey trained hundreds of officers and personal on the wireless platforms and the technology needed to safely and effectively utilize the equipment.

Mr. Carey was recruited to lead the implementation of real-time kinematic survey grade wireless network in Oklahoma. This platform grew from two locations to over 50 locations across the state allowing survey and construction companies the ability to work wirelessly on any job site at any location. While in this position, Mr. Carey trained and equipped the second largest construction contractor allowing them to complete a multi-million-dollar highway resurfacing project which in turn allowed them to grow into several off-site locations adding dozens of employees to their payroll

In 2013, Mr. Carey started Big Dog Roofing and Construction and took the company to over $1million in sales after only 13 months of business. Since then the company has more than doubled in sales and had opened a franchise location in Texas. While leading Big Dog Roofing, Mr. Carey saw the need for safer and more efficient ways to serve the customers, so he implemented a drone inspection service that turned into a drone business called Helo Perspective.